People usually sit in the lotus position—or sit with their legs crossed—during Zen meditation and focus their attention inward.

Zen meditation often involves keeping the eyes semi-open, which is different from most other forms of meditation that encourage closing the eyes. During Zen meditation, practitioners also dismiss any thoughts that pop into their minds and essentially think about nothing. 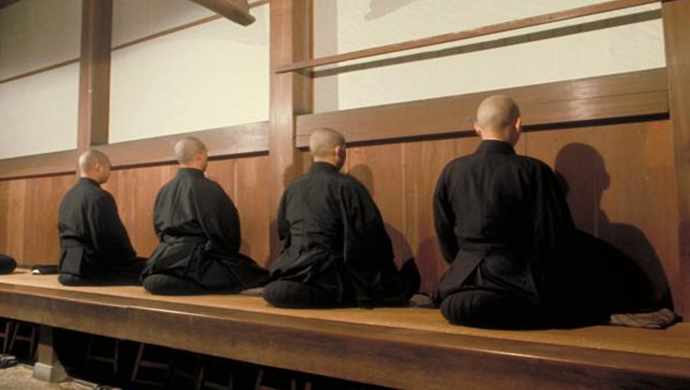