The Miracle Diet of Okinawa

The Miracle Diet of Okinawa

On this island in the south of Japan. The death rate of cardiovascular disease is the lowest in the country. Lots has to do with nutricion. It is no coincidence that ‘the eating habits on Okinawa’ are the subject of many lectures about nutrition worldwide.

The most reliable and also the most frequently used data in books and articles on food on Okinawa come from studies conducted by Makoto Suzuki.  He is a cardiologist from the Ryukyu University who since the seventies has published more than seven hundred scientific articles on nutrition and aging on Okinawa.
B. Willcox and C. Willcox joined Makoto Suzuki’s research team and all of them bundled their knowledge in a book that is considered the Bible on this subject. The Okinawa Program, published in 2001.

After studying the diet on the island of the longest living for twenty-five years, they arrived at the following conclusions:
–  The local population eats very varied, mainly on a vegetable basis. Variation is a particularly important point. The research among the centenarians on Okinawa showed that they included 206 different foods, herbs included, on a regular basis. Every day, after serving the centenarians, an average of eighteen different foods, something that contrasts sharply with our poor fast-food culture.
–  They eat at least five fruit and vegetable dishes per day. The population eats at least seven types of fruit and vegetables daily.
The easiest way to know if there is enough variation on the table is the ‘variety of color’. At a table with red peppers, carrots, spinach, cauliflower and eggplant, for example, we get a variety of colors and varieties. Vegetables, potatoes, legumes and soy products such as tofu are the main part of the food on Okinawa. About 30% of the daily calorie intake comes from vegetables.
–  Cereals form the basis of the diet. Japanese eat white rice daily and complement it, as it suits, with soba (buckwheat noodles) or udon (wheat noodles), the two main types of pasta. Rice is also the most eaten product on Okinawa.
–  Sugar in pure form is barely eaten, and if they do, it is cane sugar. The writers of this book can confirm this, because when we drove to Ogimi in the morning, we passed sugar cane plantations. And at the Nakijin castle we drank a cup of sugar cane lemonade. At the booth a sign with research results about the protection of the effects of cane sugar against cancer.

In addition to these principles of Okinawan’s eating habits, it should be noted that the island population eats fish three times a week on average, and that pork, unlike in other parts of Japan, is the most consumed meat, even though they eat at most once or twice weekly.

Do You Want To Know How To Prolong Your Life With Excellent Food?

In de Free eBook you will find which kind of food helps you to prolong your life.

TIP: IF YOU DOWNLOAD THE EBOOK YOU WILL ALSO WILL RECEIVE REGULARLY ARTICLES ABOUT HOW TO IMPROVE YOUR RELATIONSHIPS, HEATLH AND WEALTH IN YOUR LIFE.

Look forward to seeing you.

Emotional Healing By Meditation How To Love Yourself

How can I claim a better life

The Secret of Happiness

The Power of Fascination

Signup for Free eBook
“How to Calm your Mind” 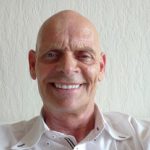