How To Create Your Own Luck In Relationships

Be irresistible for your love.

Getting lucky in love is easy. You just need to know how to bend the odds in your favor. 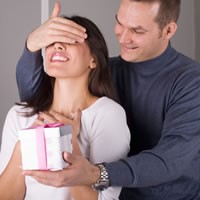 The secret is extending your time horizon. Let me explain.

If an 18-year-old girl gets kicked out of her parents’ home, she has to find a job fast. She needs a job by tomorrow.

That short time horizon severely limits her options. She will likely end up working in a fast food restaurant for minimum wage.

She had a short time horizon for finding work. As a result, the odds were not in her favor for landing a high-paying job.

My brother is an emergency room physician. He earns somewhere around $300,000 a year. But he went to school for nine years after finishing high school before he earned a dime. He had a long time horizon.

But what’s amazing is his income is nothing compared to the people who own the business he works for. They had an even longer time horizon when raising capital to build a hospital.

The same could be said for JK Rowling, who earned no pay for her writing work, only to later become the richest woman in England with the Harry Potter series. The longer your time horizon, the more money you can make.

Let’s apply this concept to dating and relationships.

If you’re not in a relationship yet, how do you end up with a guy that makes your heart sing with happiness? Here’s a hint. It’s unlikely to be the first guy you go on a date with.

A longer time horizon allows you to be selective. More specifically, it allows you to set standards that only the right kind of guy will strive to meet.

For example, many women get stuck in a relationship with a guy who won’t commit. If you clearly communicate that you don’t allow yourself to date guys for longer than two months if it doesn’t move toward commitment, you aren’t being pushy. You’re just encouraging him to deselect himself up front instead of dragging you through a forever-long relationship that will ultimately turn out to be a waste of your time.

You might seem unlucky after three relationships end quickly under these criteria. But you’ll seem extremely lucky four months later when you’re in a fantastic relationship while your friend complains about her man stringing her along and refusing to be exclusive.

Weddings rings Here’s another way to bend the odds in your favor. Show up at the same times and places as the quality men you want to end up with.

If you want to marry a man who is physically fit, disciplined, and well-off, you won’t find him in a bar it 1:00 AM on a Thursday night. Rather, you’ll find him at the upscale gym at 6:00 AM the next morning, jogging on a treadmill with a conveniently empty treadmill right next to him. ☺

Most women don’t think this way. Is it luck or just good planning? I don’t care what you call it. It works, and that’s what keeps me employed.

I have a lot more ideas where those came from, which brings me to another way you can bend the odds in your favor. Don’t waste your time trying to reinvent the wheel!

So many people waste time trying to “figure out” how to succeed on their own. Personally, I prefer to leverage the knowledge and success of those who came before me.

Trial and error is a painful path to success. The real magic happens when you leverage all the knowledge gathered by those who already stumbled through the trial and error process so you don’t have to.

Here’s a quick and easy way to act on this advice. Click the link below to watch the Video on What Men Secretly Want. Knowing these things will certainly increase your personal luck.

Watch the Video on What Men Secretly Want. Learn the #1 Hidden Reason Men Fall In Love (He’ll Thank You For This).

94 thoughts on “Be Irresistible For Your Love”